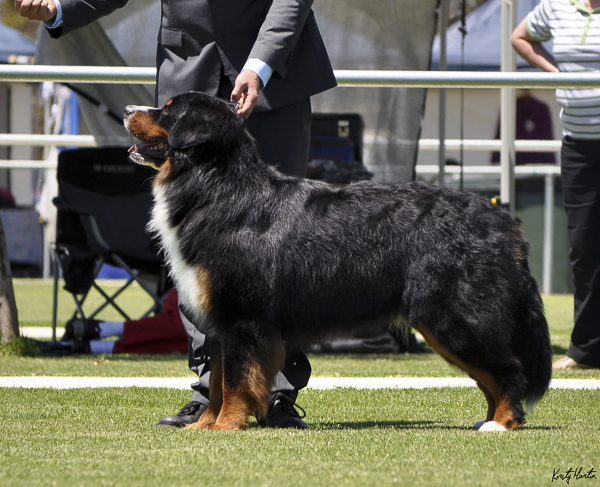 Howard in the general specials ring, on his way to winning Best Intermediate in Show. Thanks to Kirsty Martin for the photo!
Bernese Mountain Dog Club of Victoria Championship Show - 3 November.

'Paddy', Saterhunden's London Paddington was awarded Best Exhibit in Show at the BMDCV Championship Show under Judge Madame Uschi Eisner from Austria. This is Paddy's second BISS in 2013. 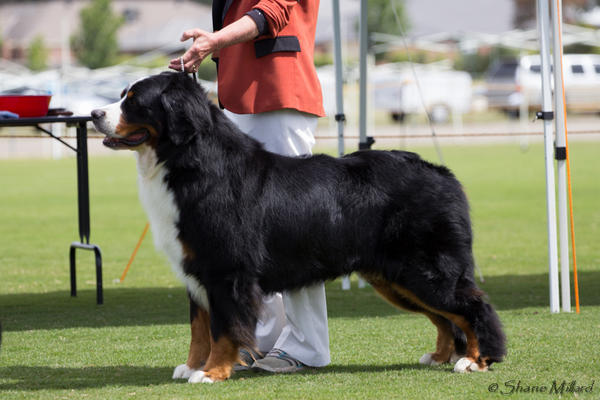 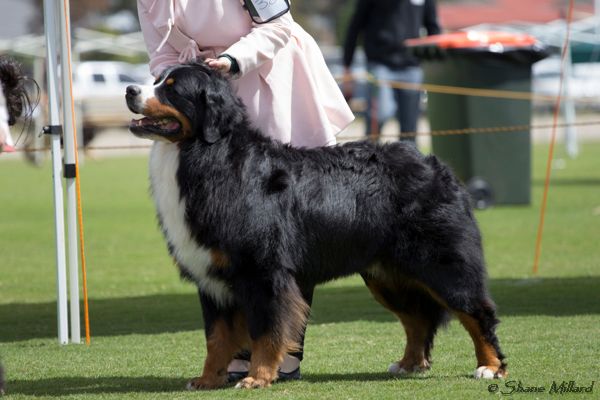 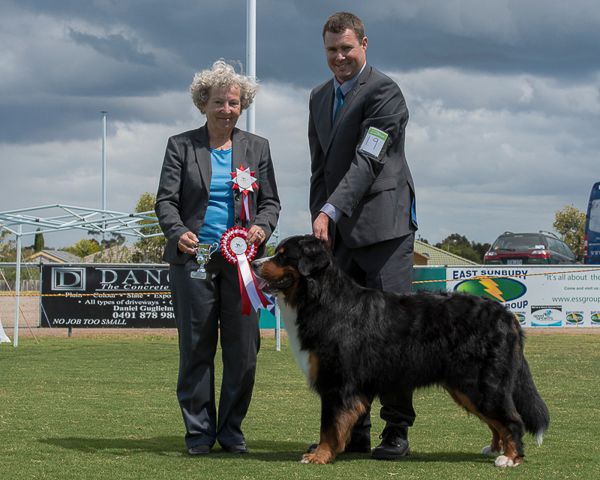 Howard was entered in 3 shows over the long weekend, and had a great weekend winning Runner Up Best in Group under Ms E Thomas (NSW) and was shortlisted in group for the remaining two shows under Rev C Seymour & Ms Y Meintjes (both from NSW), an excellent weekend for a boy not yet 2 years old! 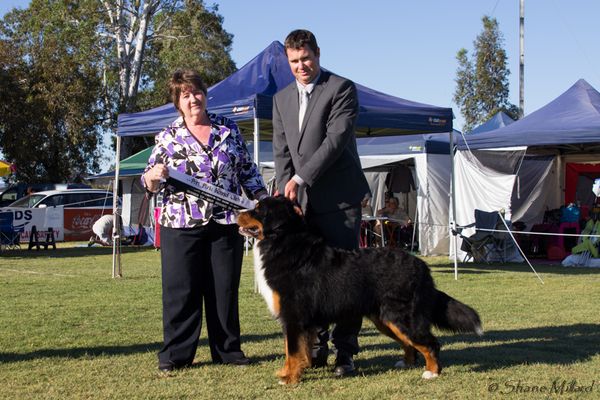 Branbern was represented at the 2013 Adelaide Royal by Howard, and he did himself proud winning a strong Intermediate class under Karl-Erik Johansson (SWE). This year the Bernese were the feature breed on show so it was a great day for a young dog. Howie is pictured here with his owner Shane before the show, getting into the Royal spirit! 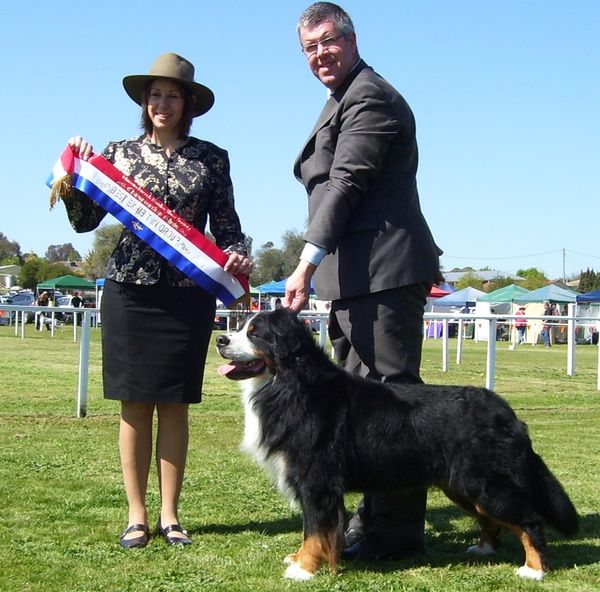 'Hugo' in the Baby in Group lineup nicely presented by Mel

'Windsor' qualified to compete for the title of Top Dog 2012 and was invited to the annual Night of Nights, Victoria's most prestigious event for show dogs.  Lyn and Murray travelled to Melbourne with 'Windsor' to be a part of this event.


Happy New Year to all!

For a nice change from recent years we celebrate the new year on a positive note, with the addition of some exciting new boys from overseas including Julius, and others who will be added to the website very soon!
Also we wish to take this opportunity to introduce Molly - who reached the wonderful age of 12 in May of 2012 & is still going strong!
So for us it is a happy new year & Branbern wishes everyone a safe & prosperous 2013!