Just to lighten the mood up briefly, this is Snowy, a Blizzard son. It would appear he has his owner... well...under the paw! 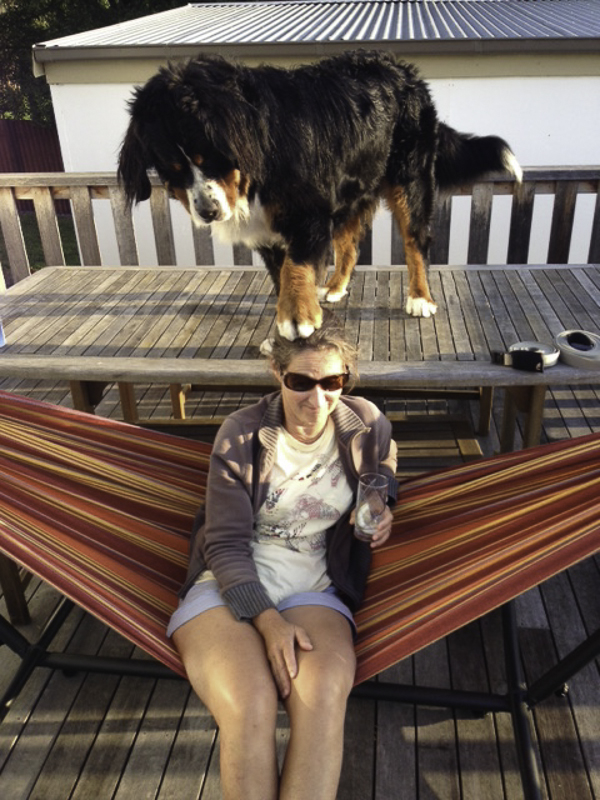 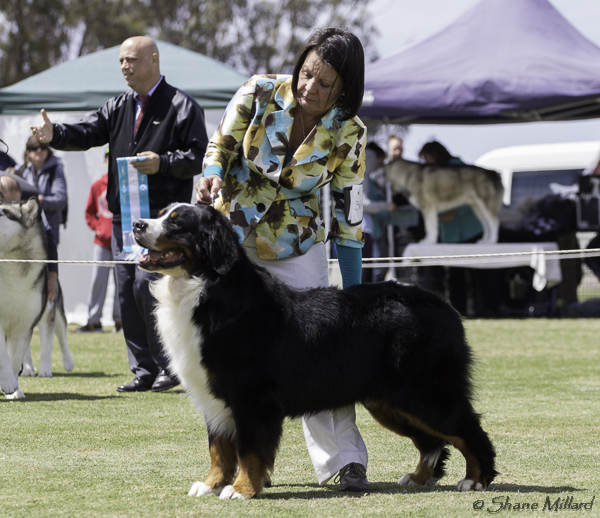 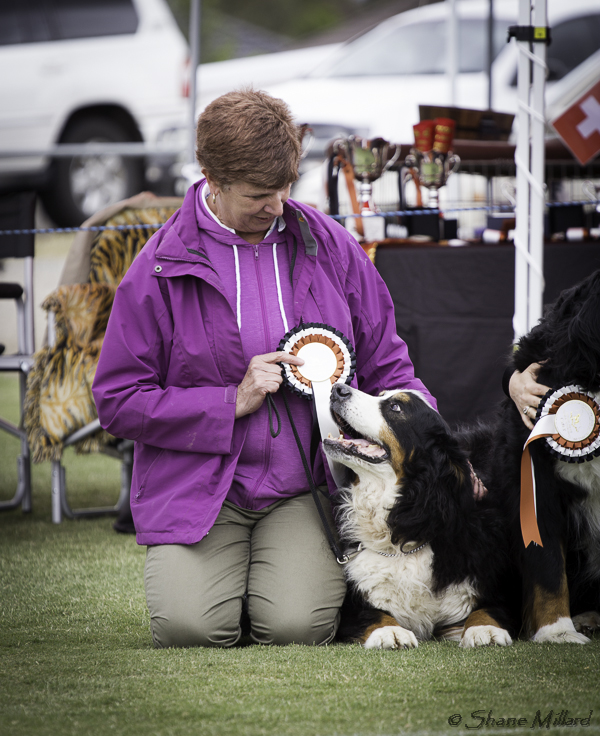 Tosca with owner Sue in the Veterans Parade 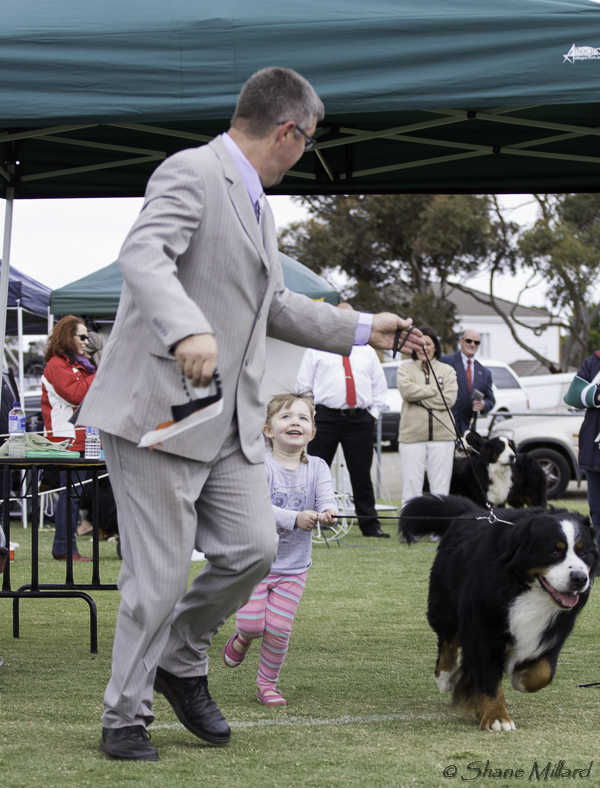 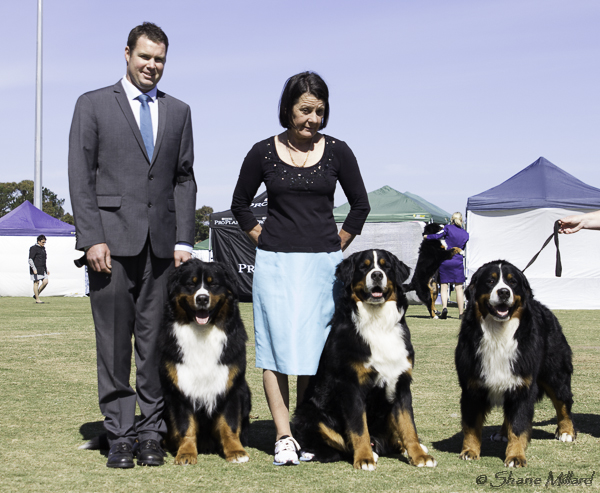 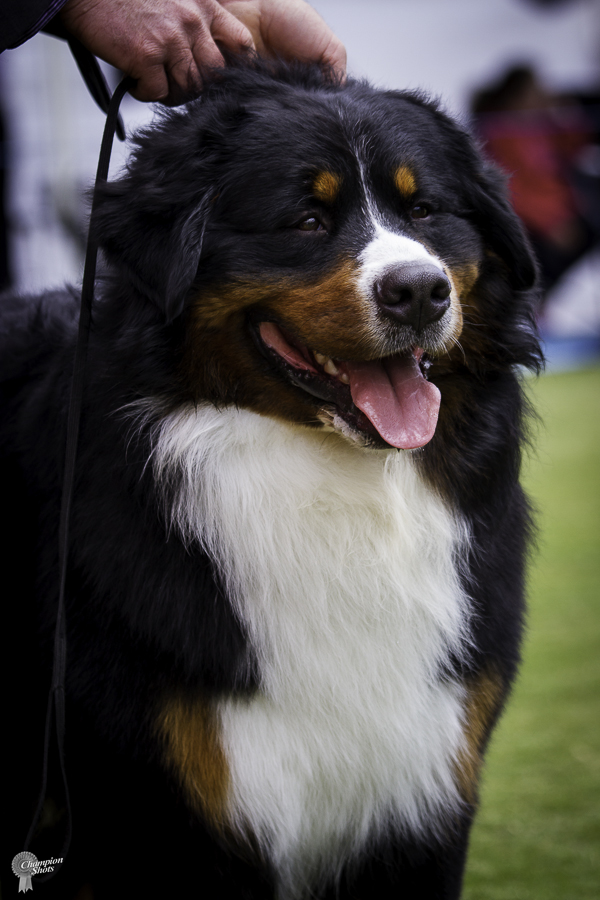 Ch Branbern Howard I Know
13th September
Branbern is represented at the BMDCSA Specialty by local resident Howard & also by Paddy who made the long trip from Sydney. Howard was 2nd Intermediate dog in a strong class & Paddy was also 2nd Open Dog, with both boys receiving great critiques from judge Jan Herngren (SWE).
Branbern also had the oldest veteran in the Veteran' Parade, with Zelda (Ch Branbern Special Thoughts) at the grand age of 10 years 11 months! 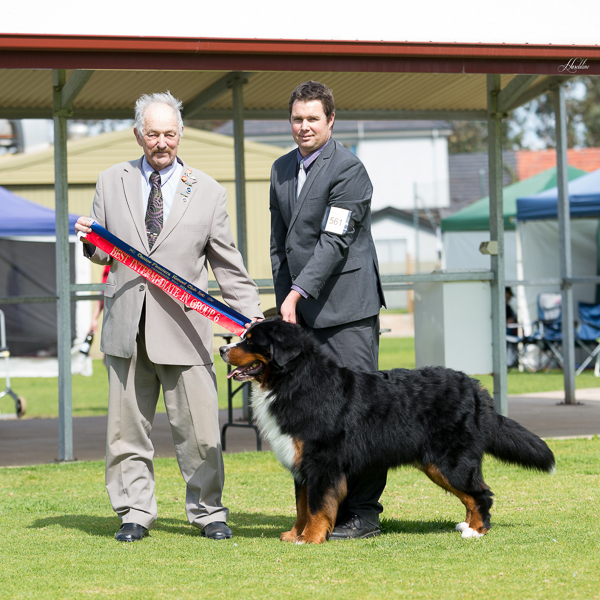 16th August
A great day for Branbern, with Branbern Dark By Design (Nicho) winning Runner Up Best in Group at the ACT Ladies KC championship show under Mrs M Thomas, at the tender age of 10 months! Nicho is sired by Gino (Kronblommas Papageno) 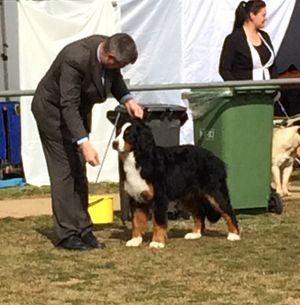 In South Australia, Howie continued his great form, being pulled out in the top 6 in group & winning Best Intermediate in Group at the SA Poultry & Kennel Club championship show under Mr G Carleton (NZ)! 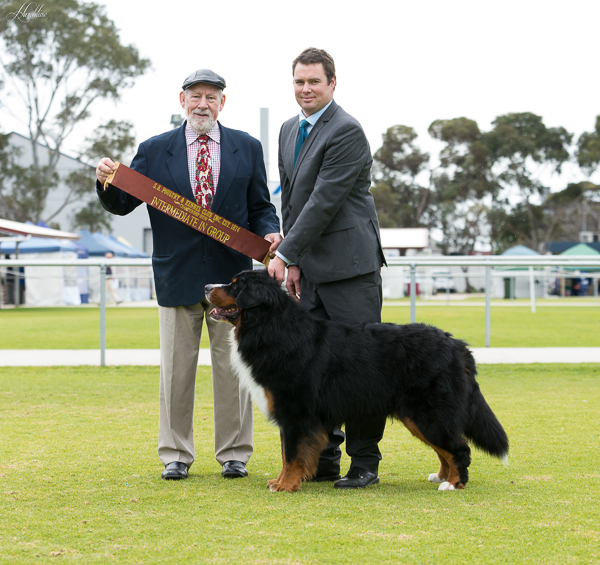 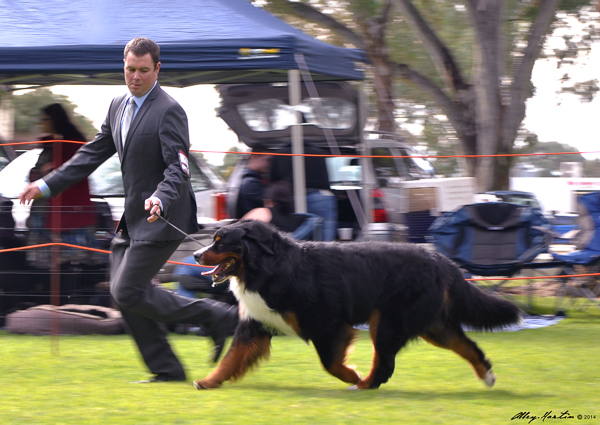 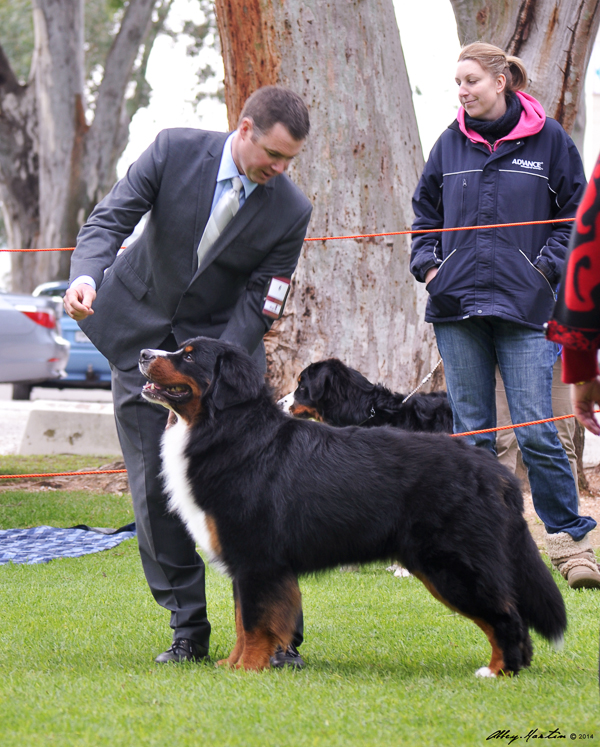 Congratulations to Emma Sankey & Hard River Bernese for their BISS win with Emir & to all the other winners! 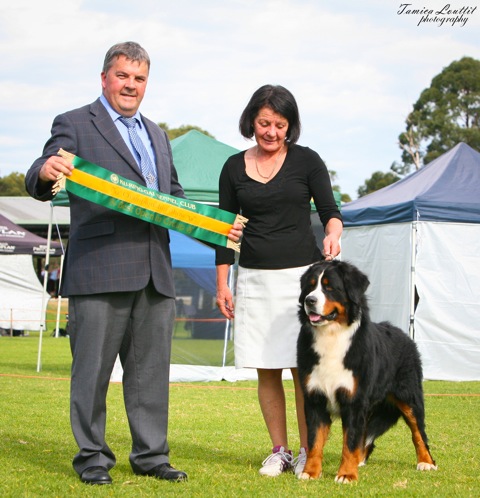 17th May
Julius does it again winning Best in Group at the Hills District & Training Club champ show under Mrs R Nagle!

May 9th
Julius wins Best in Group at the Hawkesbury District Ag Association champ show under Mr B Santas. This win also earned him the last points needed to gain his Australian Champion title!
Also Ch Branbern Howard I Know's hip score was previously stated as 2:2, this is actually incorrect, his correct score is 1:1 (and his elbows are 0:0).

March 22nd
At the SA Poultry & Kennel Club's morning Open Show, Howie wins his first All Breeds Best in Show!
Howard's title has now been recognised by the ANKC making him into an Australian Champion.

In South Australia on Friday 7th, Branbern Howard I Know won Best of Breed at the Ladies KC of SA champ show to earn him the last points towards his Champion title & was also awarded Best in Group 4th under Mr R Greer (NZ). He also won Best of Breed in the remaining 2 Ladies KC shows on Saturday the 8th to start his 2014 with a bang! 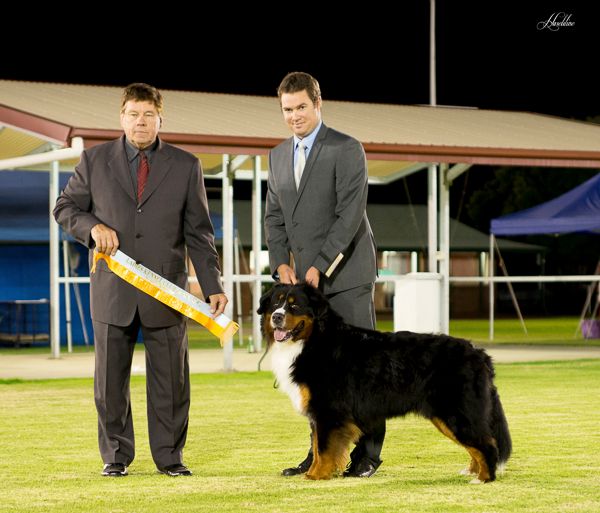 22 February - Canberra Royal Show
Hugo - Branbern Duke Windsor, was Best of Breed at the Canberra Royal from the Junior class.  Judge was Mr B Spoljaric from Croatia. 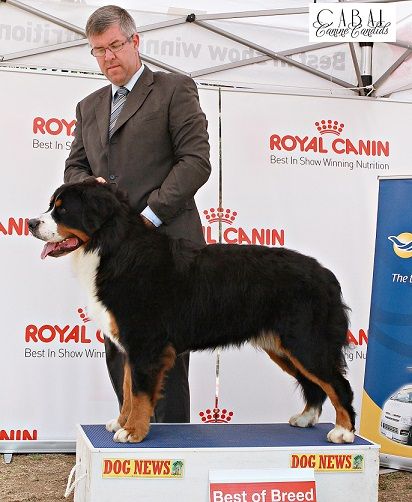 Branbern Howard I Know has had his hips & elbows x-rayed, with pleasing scores of 0:0 elbows & 2:2 hips